Difference between revisions of "Exhaust Systems"

Correct Use of Bobbins

A variety of exhaust systems have been used, but all of them depend on the use of rubber bobbins to support at least some part of the pipework. MMC have often installed these bobbins incorrectly, so that they are in tension or shear, and this will lead to premature failure of the part.

Rubber bobbins should only be used in positions where they are in compression, so an exhaust pipe should never be hung from them. They should instead be supported by them from below. The picture below illustrates correct usage. Where the system must be suspended, then Figure of 8 rubbers should be used instead. 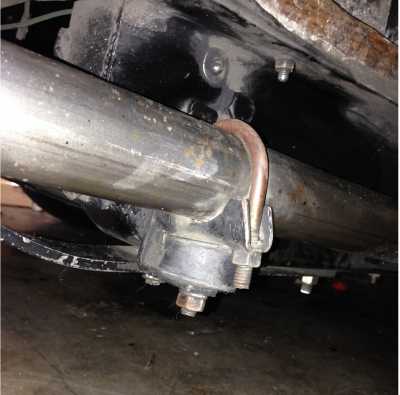